‘The Servant Queen and The King she serves’ is the title of a special short book being published in the new year to mark the Queen’s 90th birthday.  It is, in essence, her story of faith in Jesus, and includes both anecdotes from those closest to her faith, her faith in her own words and a specially written foreword written by her.  The retail price is £7 but if you continue reading you can get them for just £1 each, for distribution by churches, schools, groups, residential homes, street parties – basically anywhere a testimony of faith from the Monarch and head of the Church of England might be useful.

So far over 30,000 copies of this high quality, souvenir resource have been pre-ordered.  It has also been endorsed by the Department of Education for use in Schools and Colleges.  You can pre-order your copies here (minimum order is 10 copies, one Diocese has ordered 10,000 to give away!). Pre-orders will then be sent by the end of January. With an initial run of 100,000 copies are orders coming in fast, order yours now to be sure! 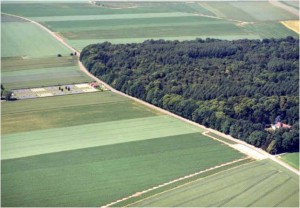 High Wood 2016 is a project hosted by Leicester regiment. Our aim is to take our members to Europe to commemorate the fallen during World War I. In particular to pay their respects to brigade members who fought and lost their lives during this one epic battle.

We are putting together a list of all the grave sites and memorials of members of the Church Lads' Brigade are buried and remembered at.

Part of the remembrance trip to High Wood will be to visit as many of these graves and memorials as possible to pay our respects to these men.

We need your help in find these brave men. Do you have any names that we can investigate.

Please find by clicking here the type of profile we can get.

The men did not only serve in the King's Royal Rifle Corps, we have profiles on men from Leicester who were in the Tigers (The Leicestershire Regiment). The more information you have the better

Our Agenda in France July 2016 is as follows
14th July 2016 travel to Albert
15th July 2016 Service High Wood - Act of remembrance at graves and memorials - Evening parade through Albert.
16th July 2016 Play at the Menin Gate before and after Last Post (Fully Confirmed)
17th July 2016 travel back home via Disney Land ( Arranging for band to play).

The Historic Group have recently published a new factsheet.  This factsheet is based on The 16th Battalion King's Royal Rifle Corps (Church Lads' Brigade).

Where are they now? Ex Members/Leaders

"Where are they now?" is an in-house method of contacting past Brigade members. It consists of past members, who wish to contact others, submitting their details to the website. They will then be posted online in a friendly list, allowing other past members to view them and then contact you. We can put as much, or as little, information about yourself on the list. Also, if you'd prefer, we can withhold all information and we will simply let you know if somebody wishes to contact you.

Scroll down to see who is already searching for old friends!

How do I submit my details?

The more information that you provide, the easier it will be for others to contact you.

Please ensure that if any details change, that you let us know as soon as possible, so that people can still contact you.

Barbara Waller nee Langley
bw4947@gmail.com
I was a member of the CGB going back to 1940/50’s.  Our group was in Kilburn Park, London and the church hall in which we gathered is no longer there apparently as the church itself has gone.  I have been living in Australia now for 50 years and I would love to hear from any old members from that group at that time.

Marc Evangeli (AKA Marc Manders)
djmarcmander@aol.com [E-mail address confirmed March 2010]
Formerly of Wealdstone (Harrow) Company
I was in the Company of the Church Lads' Brigade from 1974 to 1982. I have loads of photos, medals, certificates from that period of my life, also the camping at the Isle of Wight during the summer seasons at White Cliff Bay. Also I would love to know whatever happened to Colonel Lovelace? and Ian Turner a leader at Wealdstone Church Lads' Brigade.

Stephen Haskayne
haskayne.eden@virgin.net
Formerly of St Paul's Parish, Litherland CLB
I started in the YBC when I was 7 years old (1965) and then onto the JTC, finally into the CLB. I left the Brigade in 1972 when I was 14 years old. I had some fantastic times in the CLB especially camping to many venues including North Wales and Botley in Southamptonshire. Would love to hear from any old friends. With very kind regards. Steve Haskayne.

Trudi Hoare (Ne Higgs)
trudij.hoare@virgin.net [E-mail address reported as incorrect.]
Formerly of Tintern Company
I was at Spring School in 1978 and I was on Iona in 1979 and 1980. I did the Junior Leaders Course during 1981/82 and attended KGVI in 1982.

Steven Ledger
sledger_7@hotmail.com [E-mail address reported as incorrect.]
I was last in the Leeds Battalion under Major Alec Horsbrough as a Sgt Major.

Susan Lumb
suehenry@susanelizabeth83.fsnet.co.uk [E-mail address reported as incorrect.]
Formerly of Crook Company
I would like to get in touch with anyone who knew her or any other members of Crook Brigade, especially those at Camp (Matlock 1987).

Barry Manze
barryrccl@oal.com [E-mail address reported as incorrect.]
Formerly of Christ Church, 1221 Company, Greenwich, London
When I was 6 years old I joined the Christ Church 1221 Company in Greenwich, London. I left when I was 16. Our band came 2nd in the national band competition and we were the youngest band there. I know that Christ Church Greenwich was one of the oldest companies in England I was sad to hear that it folded a few years ago. Please could you let the kids know they belong to something very special and will look back with a tear in their eye. Major Charles Eddy the top man in the Battalion died in 1987 and my captain Vic Barton not long after. I loved every min of it and wish it was still around to take my kids too. The best thing you guys taught me was how to treat people and give people respect. I would be happy if someone would get to me and tell me how the Brigade's doing as a whole. God Bless you all. Barry.

Derek Miller
d.miller9@ntlworld.com
An old member of the CLB, 73 years old so going a long way back. I was in Grimsby and went to camp a few times. I would love to chat to old pals.

Paul Minter
paultheball@pdminter.freeserve.co.uk [E-mail address reported as incorrect.]
Formerly of St. Francis's, Petts Wood
I would love to hear from old members from Petts Wood St. Francis church CLB & CGB. My father started and ran the branch (Michael Minter). I am his youngest son Paul Minter , 34, and I'm now married with 4 children of my own, living in Battle, East Sussex. Our children are Thomas 9, David 8, Paul 6 & baby Malachi 7 months. Love to you all, Paul.

Cherie Prince (Ne Dean)
cherieprince@aol.com
Formerly of St Catherine's, Bearwood
Does anyone remember the camps on the Isle of Wight and are there any members of St Catherine's Bearwood out there? Do you remember Major and Mrs Fowler? I'd love to hear from you. Cherie.

Dave Stones
dcstones@hotmail.com
I would like to contact any ex members of St. Laurence's Adwick Band please drop me a line on this email for a chat regarding old times.

Shaun Tero
shaun.tero@ntlworld.com [E-mail address reported as incorrect.]
Northampton
I would like to contact members who have been at Spring School, Avon Tyrell, the band competition when it was at Bingley Hall Stafford, Junior Leaders and National Band members.

David Turner
turner964@aol.com [E-mail address confirmed March 2010]
Formerly of St Phillip's, CLB Litherland, Bootle, Merseyside
Current Location: East Anglia
I would like to hear from any old lads who were members of the movement across Merseyside.

I was originally in the Paddington Church Girls Brigade when our Captain was Una, and I remember that massive jubilee parade in central London in 1977 - wow, and then the Queen inspection in Great Windsor park. Of course the highlights were the summer camps in Isle of White - brilliant and I have some old photos of those days.  After Paddington closed, I went to Fulham, St Andrews for a while and finally left around 1982.  I have such happy memories of those days, and still have some contact with Grace Forbes and Susan Nelson(from Chiswick).  I faguerly remember Marc Evangeli and I think I have a picture of him in Blackgang Chime, before part of it collapsed.

Would so love to hear from anyone that remembers me, and no I am not a boy, because so many times I was named to share tents with the boys - scary!!!!

I am married with two boys and try to encourage them to join, but they are just not interested, and I must say how sad it is that so many of the London companies have now closed down - but really good memories and would love to join the where are they now slot!!

I now live in Northolt, Middx, UB5 6DD as you can see, I haven't moved too far away from my roots!

I joined the band as a drummer (aged 11 years). After being in the C.L.B. for three years, the Bandmaster was leaving, and my father, George Jackson, who was an ex-army bandsman, took over and became the battalion Drum Major. Later on, during my National Service, I became a drummer in the army band (Middlesex Regiment).Â  After leaving the army, I became a professional musician, playing in several bands, so you can see how my early experiences in the C.L.B. affected my later career in fact, I had to finally leave the C.L.B. because of pressure of work as a musician.  I now continue to play in a charity jazz band, and also teach drumming.

I would love to be in contact with anybody from my days in the C.L.B.