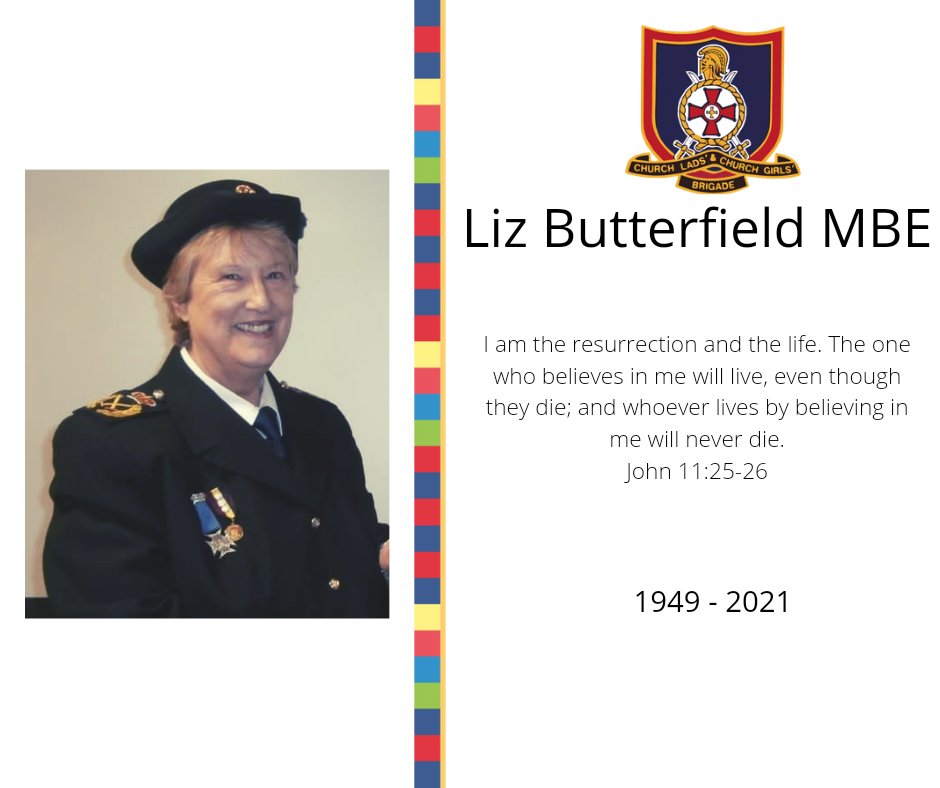 It is with much sadness that we learnt of the loss of Liz Butterfield.

Liz had been a member of Brigade for 63 years, starting at St Nicholas Elstree in Hertfordshire and moving to Roxeth & Harrow, Middlesex in 1995. She served loyally for the remaining 26 years and became the longest serving Commanding Officer in Roxeth & Harrow’s history at 23 years. She also held staff positions with the London Regiment and received the Officers’ Service Medal and Brigade Cross. Harrow Council awarded her a Lifetime achievement award and made her a ‘Harrow Hero’ in 2018.

Liz has left behind a lasting legacy of love and service, and it was announced in June that she would be the proud recipient of an MBE.

At this time, we ask all of Brigade to hold Liz and her family in our prayers.