Those looking to learn some coding techniques can now do so more easily following the launch of Apple’s Swift Playgrounds.

Although the iPad app looks more like a video game at first, it’s actually a series of coding lessons and challenges designed to teach kids the fundamentals of computer science, all based around Apple’s new programming language, Swift3.

This is an interesting resource and could be used on a Brigade evening or to share wider to develop IT programming skills. To find out more information click the following link: http://www.charitydigitalnews.co.uk/2016/07/17/apples-swift-playgrounds-provides-coding-lessons-in-a-game/?utm_source=Charity+Digital+News&utm_campaign=0f9bd08660-19_07_2016_NL&utm_medium=email&utm_term=0_16cb73bf0c-0f9bd08660-14601901

Hot Pot will be an exciting day for Children and Youth Leaders, an opportunity to network, reflect, learn new skills, and meet colleagues from across the North West.

Throughout the day there will be a number of 'TED style' talks, workshops, and a key-note speech to set the scene for the day. We will also have resources available to purchase alongside information stalls from a range of Christian Organisations.  To see more and book a place visit the following website http://www.events315.org/#!hot-pot-training-events/qfd6e

Battle of the Somme - Findmypast

This week sees the 100th anniversary of the Battle of the Somme.

The National Archives partners at findmypast.co.uk have released more prisoner of war records, which are now available to search and download online.  The records can help you research and other actions from the First World War.

To visit the site click on the link above (please note this link goes to an external website). 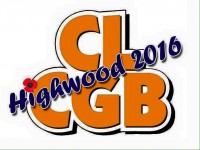 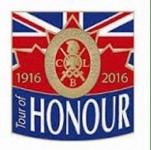 A Commemoration of the Church Lads’ Brigade from Newfoundland and Britain during World War One at the Church of St John Baptist, Hugglescote, Leicestershire on 5th July 2016 at 7.30pm

In words, music and pictures tributes will be paid to the 250,000 members of the CLB worldwide who served during the Great War. Fresh from their ‘Tour of Honour’ performances at remembrance ceremonies in France and Belgium, the Newfoundland CLB Regimental Band are visiting England for the first time in its 120 year history. Performing alongside them will be local Brigade musicians from Hinckley, Barwell and Whetstone. A highlight of the service will be the ceremonial handover of a Torch of Remembrance. The following week Brigade members from the UK will be visiting France and Belgium to remember those that fell during the Battle for High Wood on 15th July 1916.

From 7.00pm the Newfoundland and Leicester Regimental bands will provide pre-service music.

In Britain, the 16th Battalion, King’s Royal Rifle Corps initially recruited exclusively from the CLB or former members. This Battalion served with the highest distinction and came to be known as the ‘Churchman’s Battalion’. Many members also served across the spectrum of army regiments and corps plus naval and air forces. Eighteen former members were awarded the Victoria Cross, the Commonwealth’s highest award for bravery.

In remembering those who fought and died with solemn gratitude for their sacrifice.